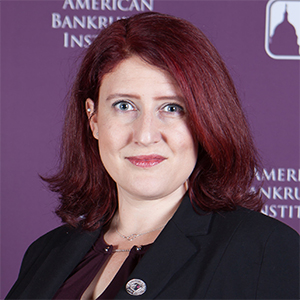 ANDREA has practiced exclusively as debtors’ counsel in consumer chapter 7 and 13 cases for the last 10 years, including 2004 exams, objections to exemptions, stay-relief matters, adversary proceedings, and stay and discharge violations, handling all matters from inception to case closure while also acting as managing attorney for her previous firm, Marco | Wimmer PLLC. At her current firm, she will expand her practice to include chapter 11 debtor work for both individuals and businesses as well as aspects of commercial litigation and bankruptcy appeals.

Andrea grew up in Austria and moved to the U.S. by herself after high school with the single goal of becoming an “American lawyer.” Ten years later, she built a firm and established herself as a respected member of the legal community. She is affiliated with the League of Women Voters and Lawyers for Good Government, and she volunteers at local advocacy events and at a local food bank. She has also been a volunteer attorney with the Arizona Bankruptcy Court’s Self-Help Center, which provides assistance to pro se debtors.