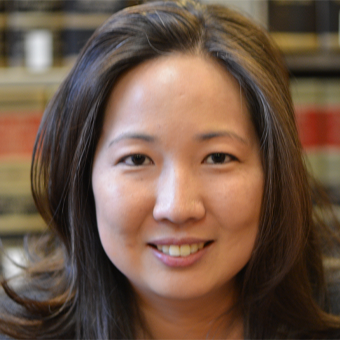 EUNICE is an assistant general counsel and represents, and appears on behalf of, Freddie Mac in seller-servicer and other complex bankruptcy proceedings. She advises Freddie Mac’s single-family, multifamily and capital-markets groups on legal risks relating to bankruptcies, insolvencies, securitizations, receiverships and other financial concerns. She also oversees litigation involving Freddie Mac, its operations and its investment portfolios, and provides legal advice in cases of fraud against Freddie Mac. She previously was a trial attorney for the Civil Division of the U.S. Department of Justice, where she handled all oil and gas bankruptcy cases where decommissioning (i.e., plugging and abandonment) obligations and/or monetary obligations owing to the U.S. exceeded $10 million and, in some cases, several billion dollars, or cases in which the Department of the Interior had a substantial policy interest. As a result of her work, the assistant attorney general for the Civil Division named her the “Rookie of the Year” at a Civil Division Awards Ceremony in December 2017.

Eunice is the proud daughter of first-generation immigrants. Her mother worked in a literal sweatshop for a large part of her childhood, and her father was a struggling artist. Making rent in their one-bedroom apartment meant that it was a good month for them financially. Often the vice principal and teaching staff at her elementary school gave her rides home from school because her parents worked long hours at menial jobs and could not afford child care. She was the first to achieve any higher education beyond college and the only lawyer in the family, and she credits many kind people who helped her along the way, including the director of a SAT prep center that allowed her to sweep the floors, clean the bathrooms and tutor students in exchange for prep center tuition, which she was unable to afford. She grew up knowing that failure would never be an option.

Eunice pays her experiences forward with her pro bono work. One that she particularly enjoyed was successfully obtaining asylum on behalf of a client from Tanzania experiencing religious persecution when State Department reports indicated that no such persecution had been occurring. She also has recently undertaken pro bono asylum work for the Capital Area Immigrant Rights Coalition, including representation of special immigrant juveniles who have been abused and/or abandoned by their parents. She has strived to use her legal skills to give back to the immigrant community, and to empower women and children, whenever possible. She has represented victims of domestic violence in custody disputes and helped them obtain restraining orders, and seeing a client that had previously despaired of life itself become reunited with his family has been immensely rewarding for her. She hopes to engage in more publishing opportunities on bankruptcy issues with respect to oil and gas bankruptcy cases and other environmental concerns.