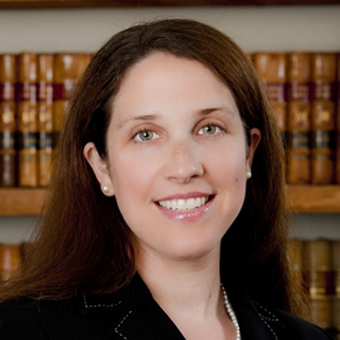 J.D., with honors
University of Florida College of Law

AMY is a shareholder and regularly represents debtors, committees, creditors, trustees, purchasers, and other parties in bankruptcy cases, assignments for the benefit of creditors and out-of-court workouts. She is also active in the firm’s representation of borrowers and guarantors in state court litigation initiated by lenders. She has been particularly active in the representation of real estate developers and home builders, medical practices and physicians, agribusinesses, and independent and franchised restaurant chains and other food service companies.

Amy is Board Certified in Business Bankruptcy Law by the American Board of Certification, is a Fellow of the Litigation Counsel of America, is rated AV-Preeminent by Martindale-Hubbell, and is listed in Chambers & Partners, Florida Super Lawyers and Florida Trend’s Florida Legal Elite. She is admitted to the Florida Bar and the U.S. District Courts for the Northern, Middle and Southern Districts of Florida, the Eleventh Circuit Court of Appeals and the U.S. Supreme Court. While in law school, she interned for Hon. Paul M. Glenn and Hon. Michael G. Williamson of the U.S. Bankruptcy Court for the Middle District of Florida.

Amy is a second-degree black belt in Taekwondo and has led classes for kids aged 3-12, holds two state titles in forms and sparring and a district title in forms, and was ranked by the American Taekwondo Association as among the top 10 women in the world in sparring and forms. A high achiever, she graduated from high school at 16, obtained her B.S. at 19, her M.Acc. and her Florida CPA license at 20, and earned her J.D. at 23. In her community, she assists with an elementary school after-school club program and volunteers with the Tampa Bay Bankruptcy Bar Association’s Pro Se Clinic; in 2012, she provided more than 100 hours of pro bono service.