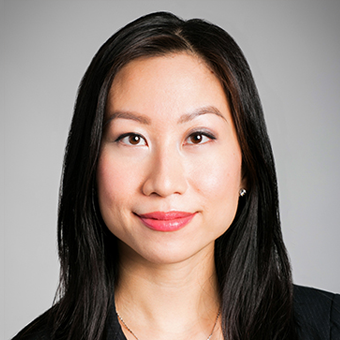 JESSICA is a partner in the firm’s Business Finance & Restructuring department and represents and advises debtors, creditors, equityholders, investors and other interested parties in all aspects of distressed and insolvency situations. She has advised debtors, creditors and sponsors in various industries, including power, oil and gas, renewable energy, manufacturing, hospitality, retail and telecommunications. She is one of the editors of the Weil Bankruptcy Blog, has served on the firm’s task force focused on Dodd-Frank financial legislation, and has served as a legal writing teaching assistant and articles editor of the Third World Law Journal.

Jessica was raised by a single mother who ran a Chinese restaurant, and there were no lawyers in her immediate or extended family. Her time spent as an undergraduate at NYU encouraged her to go to law school, where she used her skills to advocate for change in the way the law school evaluated students of color during the admissions, grading and journal-competition processes. Her efforts led to lasting reforms, and as a result, she was awarded the inaugural Commitment to Change Award. She has since been active in the legal community and served for several years as co-chair of the Asian American Bar Association of New York’s Commercial Restructuring and Bankruptcy Committee. She also is heavily involved in Weil’s mentoring and diversity programs and is a core participant in the Asian attorney and [email protected] affinity groups, and she leads a mentoring circle comprised of young women.

Jessica maintains a pro bono practice in the areas of family law and criminal appeals, contributing more than 100 hours annually. As part of her pro bono work, she successfully argued before the New York State Appellate Division to uphold an order of protection and was part of a team that successfully overturned a death penalty conviction for a mentally impaired defendant after 19 years. She has been recognized for her pro bono contributions by the Sanctuary for Families Center for Battered Women’s Legal Services, receiving its 2012 Pro Bono Achievement Award. In addition, she is partnering with Immigration Equality to secure asylum for an LGBTQ individual, and she serves as pro bono legal counsel to the Lang Lang International Music Foundation, a nonprofit organization dedicated to encouraging access to music education for children.