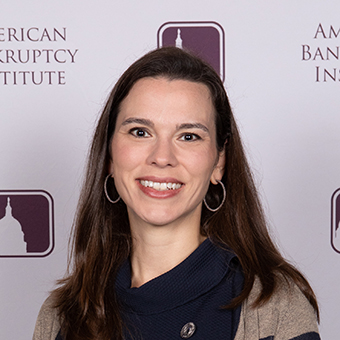 REBECCA is a partner and focuses on debtor representation in chapter 11 bankruptcies, and she has served as unsecured creditors’ committee counsel and as an examiner. She also is a councilmember for the North Carolina Bar Association’s Bankruptcy Section and co-chairs its Pro Bono Committee. In addition, she is a board member of the Carolinas Chapter of IWIRC.

In 2015, Rebecca was asked to lead the Pro Bono Committee for the North Carolina Bar Association’s Bankruptcy Council. As bankruptcy is one of the greatest needs of North Carolina’s Legal Aid, she aimed to provide members with specific opportunities and inspire action by creating an award recognizing outstanding pro bono service. Three years later, its members actively participate in the NC LEAP, CARE Project, Lawyer on the Line, and 4All programs. In addition, each year she presents the N.C. Bar Association Bankruptcy Law Section’s Outstanding Achievement Pro Bono Award at the statewide meeting at the NCBA Annual Bankruptcy Institute.