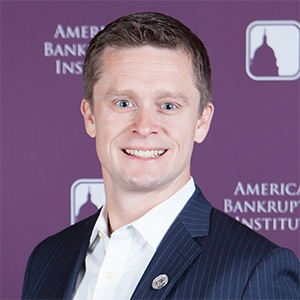 TONY is Professor of Law and Mark Claster Mamolen Teaching Scholar at The University of Chicago Law School. He teaches courses on bankruptcy, business organizations and civil procedure and has published more than 20 articles and essays in top law journals. This research covers varied topics from entity partitioning and structural priority to the constitutionality of the bankruptcy courts. His article on how creditors use cross-guarantees and corporate structure in enforcement was recognized by The Corporate Practice Commentator as being among the top 10 corporate law articles in 2015.

Tony chaired the Creditors’ and Debtors’ Rights Section of the American Association of Law Schools in 2016, and was chair and organizer of the National Business Law Scholars Conference, which brought nearly 100 scholars to Chicago to discuss cutting-edge issues in business law. He also testified before the ABI Commission to Study the Reform of Chapter 11 in 2013, and his article on bankruptcy priority was cited in support of the Commission’s proposed reforms to priority rules.

Prior to becoming a professor, Tony was a partner with Kirkland & Ellis LLP and clerked for Chief Judge Joel M. Flaum of the U.S. Court of Appeals for the Seventh Circuit. He is a father of four young children and an avid runner who spends part of his free time training for marathons and triathlons.