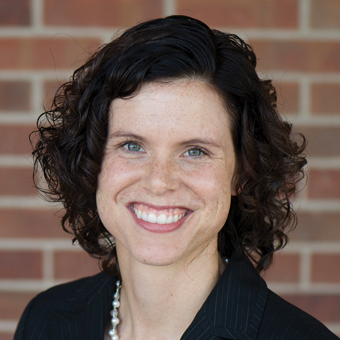 BROOK is an associate professor of law and teaches bankruptcy, contracts, secured transactions, securities regulation and other commercial law subjects. Her scholarship focuses primarily on debtor and creditor relations, both in and out of bankruptcy. She has published articles on the treatment of preferential transfers in the Bankruptcy Code, the jurisdiction of bankruptcy judges and, more generally, on the laws and policies shaping business reorganization in the U.S. In addition to her publications, she has presented on such topics as the relationship between medical insurance and bankruptcy, student debt in bankruptcy, Puerto Rico’s debt crisis, and the impact of recent Supreme Court decisions on bankruptcy proceedings.

Prior to joining the law faculty, Brook was an Academic Fellow for the J. Reuben Clark Law School at Brigham Young University. She also practiced commercial law with Sullivan & Cromwell in Los Angeles, where she litigated a variety of cases from large antitrust suits to minor contract disputes, and represented both debtors and creditors in bankruptcy court. In addition, she clerked for Hon. Milan D. Smith Jr. in the Ninth Circuit Court of Appeals and Hon. Thomas B. Donovan in the U.S. Bankruptcy Court for the Central District of California.

In 2019, Brook cowrote a Summer 2019 ABI Law Review article, “Moving Beyond Medical Debt,” that was a culmination of research funded by ABI’s Anthony H.N. Schnelling Endowment Fund on the role that consistent health insurance coverage plays in relation to the consumer bankruptcy system. She also helped draft a letter, signed by 23 academics, to the Department of Education regarding its evaluation of undue-hardship claims by persons seeking a student loan discharge in bankruptcy proceedings. In addition, she has volunteered as a CARE (Credit Abuse Resistance Education) program community service faculty advisor and presenter to college and high school student groups, and as an advisor to the Missouri Law School Faculty. She also reviews law school applications on the Admissions Committee and attends recruitment conferences. In addition, she has been a Duberstein Bankruptcy Moot Court Competition faculty advisor and volunteers as a tutor for a Catholic refugee program.