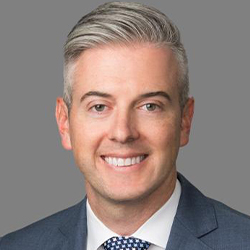 RYAN is a managing director with Alvarez & Marsal’s North American Commercial Restructuring practice, and he has more 19 years of experience advising distressed companies and creditors across various industries, including oil & gas, power-generation, chemicals, construction, mining, manufacturing, imaging/film, food-processing and municipalities. He has served as lead financial advisor in more than 15 complex chapter 11 cases, managing teams of five to 20+ professionals representing $20B+ in liabilities restructured (cumulatively) for some of the largest organizations in the energy sector, such as Weatherford, Superior Energy and Talen. In addition, he holds CPA, CFA, CIRA and CFE certifications.

Ryan’s life changed at young age when his father died at 45, which led him to pour himself into distance running and academics in high school. He continued these pursuits in college as a member of the university’s cross-country team and has since completed six Houston Marathons and two Boston Marathons. In his father’s honor, he and his wife established a nonprofit, the Jim Omohundro Courage Memorial/Courageous Leadership Award & Scholarship, which supports El Paso track-and-field programs by providing scholarships for excellence in academics and athletics for disadvantaged students.

Ryan’s introduction to insolvency occurred during his first accounting job after the company filed chapter 11 two months after he started. He was introduced to the complexities of the Bankruptcy Code and the never-ending problems to solve. In his firm’s Houston office, he served as hiring and training lead for many years, growing the local team from two to more than 20. Based on his own development experience, he is passionate about mentoring and has been an advocate for maintaining a work/life balance. Outside of work, he and his wife are the proud parents of two children. They also co-own seven bars across Texas and an ice cream shop — embracing an entrepreneurial spirit that he enjoys bringing to his practice and clients.