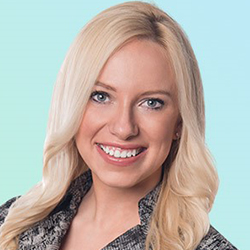 SARAH is a senior associate with King & Spalding LLP and represents debtors, lenders, investors, secured and unsecured creditors, and other parties in interest in a broad range of restructuring matters, including high-profile chapter 11 cases, out-of-court restructurings and bankruptcy-related acquisitions. In addition, she represents litigants in contested matters, adversary proceedings, federal court appeals, and other complex bankruptcy and insolvency litigation. Her practice spans a variety of industries, including energy, health care, technology, manufacturing, retail, real estate, restaurant and hospitality. Prior to joining King & Spalding, she clerked for Hon. James E. Graves, Jr. of the U.S. Court of Appeals for the Fifth Circuit and Chief Judge Paul G. Hyman, Jr. of the U.S. Bankruptcy Court for the Southern District of Florida.

Sarah is a longtime member of the International Women’s Insolvency & Restructuring Confederation’s Georgia Network (for which serves as a director at large), the Turnaround Management Association’s Atlanta Chapter and ABI, for which she co-chairs its Ethics and Professional Compensation Committee. A regular speaker and prolific writer on bankruptcy and other restructuring topics, her work has been published in numerous industry journals, law reviews and other publications. In 2020, 2021 and 2022, she was named one of Yahoo! Finance’s HERoes — 100 Future Leaders. She also was named a “Rising Star” by Private Debt Investor in 2022 and was named to Georgia Trend Magazine’s “40 Under 40” list in 2020. She is a regular attendee at functions hosted by the Drake Inn of Court and the Atlanta Bar Association. In addition, she co-chairs the Atlanta Chapter of Credit Abuse Resistance Education (CARE) and volunteers with Street Law, which teaches financial literacy and constitutional law, amongst other topics, to young people.

From her upbringing in a small town in the Poconos, Sarah waitressed and worked in retail to help fund her education, eventually earning a full scholarship to law school. Public service is important to her, and every year since joining King & Spalding she has received the firm’s Pro Bono Award. She spends more than 100 hours each year on pro bono matters; her pro bono work has included advocacy on behalf of a veteran’s widow to the Board of Veterans Appeals, death penalty litigation work, immigration assistance and First Amendment advocacy on behalf of the American Civil Liberties Union, which helped result in a change to Georgia’s assembly, rally and protest regulations. In addition, she regularly leads and mentors junior and summer associates at her firm on pro bono projects, and she has served on the firm’s Hiring Committee for more than four years. In her community, she has volunteered with the Atlanta Junior League through its partnership with a youth group home, Wellsprings Living, where she has led weekend programming events and mentored teenage victims of sex trafficking. She also has served as a member of the United Way Young Professionals Board for Greater Atlanta. Before serving her community in Atlanta, she volunteered at a group home for new and expecting mothers in the foster care system in Jackson, Miss., and served as a member of the Palm Beach Junior League’s Education Committee.