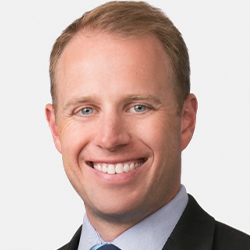 TOM is a partner with Akerman LLP’s Bankruptcy Group and a Major in the U.S. Army JAG Corps. His creditor practice includes the representation of traditional banks, loan-servicers, private lenders and commercial landlords in all facets of bankruptcy proceedings, and he represents transferees (including insurance companies/brokers, debt-buyers and individuals) in preference and fraudulent-transfer claims. He also has performed creditors’ rights litigation for banks and servicers, including mortgage foreclosures, receiverships, mechanics liens, and breach-of-note/guaranty and other affirmative matters. In addition, he has wide-ranging commercial litigation experience and has sought and defended against preliminary injunctions and temporary restraining orders in state and district court, and bankruptcy proceedings. He has been listed as a “Rising Star” by Super Lawyers for Banking and Bankruptcy since 2019.

Tom’s family has a long history of attorneys, dating back to the first elected attorney general in the State of Illinois, but his interest in the law was not sparked until an enthusiastic high school teacher encouraged him to join his school’s mock trial team. A series of fortuitous breaks and opportunities led him to law school — and the military. As a Judge Advocate in the Army, he is the Deputy Regional Defense Counsel for the Central Region of the 22d Legal Operations Detachment, and in that capacity he defends soldier-clients who are facing charges and administrative matters, including Article 15s and discharge actions. His soldier-clients have been accused of domestic violence, financial crimes, drug use, insubordination, and other criminal and administrative infractions. To that end, he has successfully defended many soldier-clients from potentially career-ending actions. He also manages 14 defense counsel (Majors and Captains) and paralegals (Non-Commissioned Officers and junior enlisted), advises his Commander as to the status of cases within his region, and delivers presentations and otherwise trains his subordinate soldiers.

In his free time, Tom coaches youth hockey at his local YMCA and soccer through his local AYSO charter. He also tries to keep up with his kids’ activities and run at least 100 miles each month.